Aramex Emirates, LLC, located in Dubai, United Arab Emirates (U.A.E.), agreed to pay a $125,000 civil penalty to the U.S. Department of Commerce’s (DOC) Bureau of Industry and Security (BIS) for the unlicensed export and reexport to Syria, via the U.A.E., of network devices and software without the required BIS licenses. The Under Secretary of Commerce Eric L. Hirschhorn commented:

The items in question could be used by the Syrian government to monitor Internet activity and block pro-democracy websites as part of its brutal crackdown against the Syrian people.

Aramex Emirates agreed to receive the two shipments from another freight forwarder in the U.A.E. and, following receipt of the items, forwarded them from the U.A.E to Syria. Aramex’s cargo system team in the U.A.E., including employees involved in the transactions, were specifically advised of U.S. sanctions against Syria and instructed not to move U.S. products to Syria in an October 20, 2009, company-wide circular entitled “Exporting US-made Products to Countries under the U.S.A. Trade Ban.” Aramex fully cooperated with investigators and as a result received a reduced penalty.

Today’s announcement is related to an April 24, 2013, enforcement action where Computerlinks FZCO, of Dubai, U.A.E., agreed to pay a $2.8 million civil penalty to BIS and conduct external audits covering a three-year period to settle charges that it committed three evasion violations of the Export Administration Regulations (EAR) for some of the same transactions. 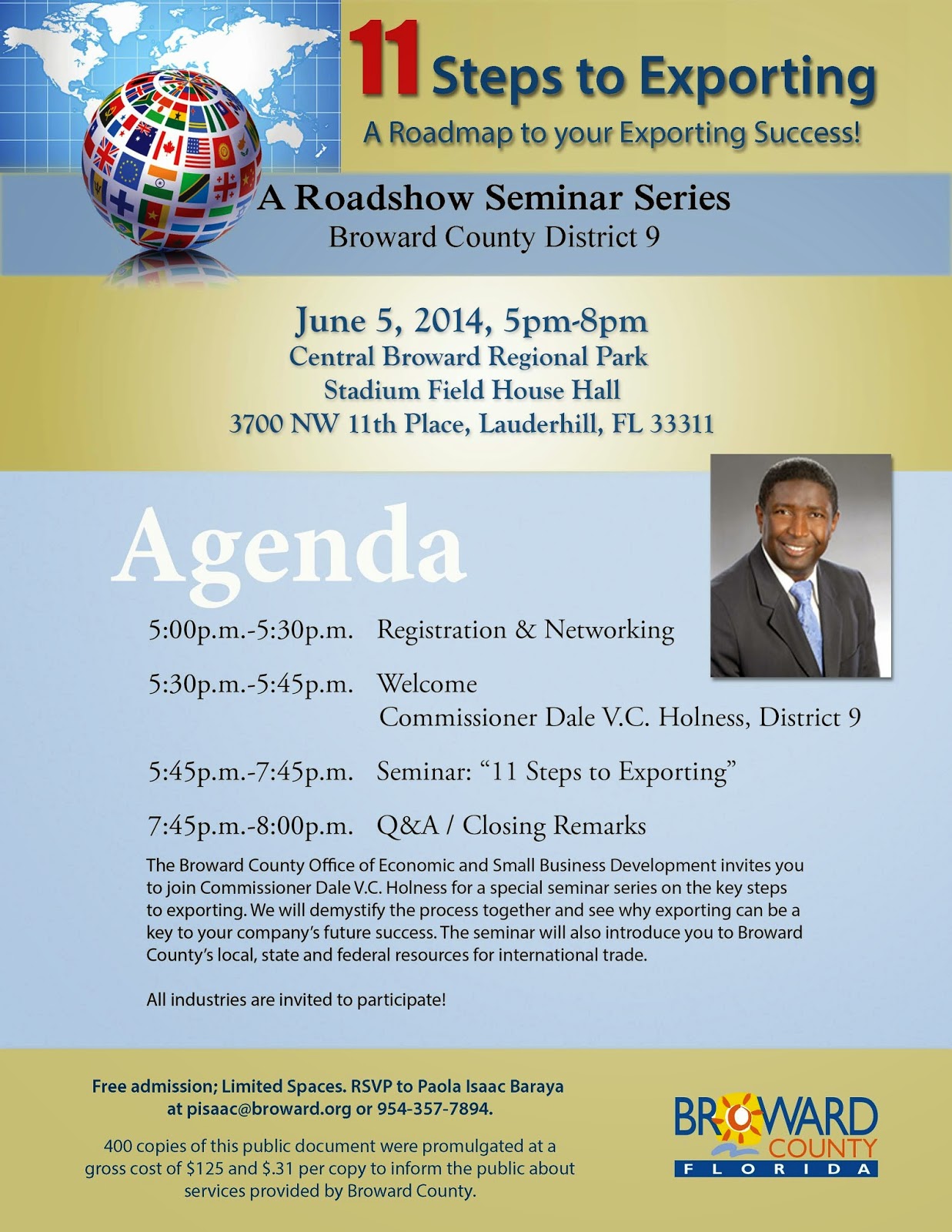 The Broward County Office of Economic and Small Business Development, Commissioner Dale V.C. Holness and a host of expert speakers like myself invite you to a special seminar series on the key steps to exporting. We will demystify the process together and see why exporting can be a key to your company’s future success. The seminar will also introduce you to Broward County’s local, state and federal resources for international trade.
The schedule of events is:
The event will take place at the:
Best of all, it’s FREE (Yes, I said FREE)!  Limited space available.  RSVP today to Paola Isaac Baraya at pisaac@broward.org or 954-357-7894. See you there!