What You Missed at the C-TPAT Conference 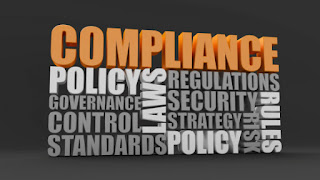 The Customs-Trade Partnership Against Terrorism is a voluntary government-business initiative that builds cooperative relationships that strengthen and improve overall international supply chain and U.S. border security. CTPAT is widely recognized as one of the most effective means of providing the highest level of cargo security through close cooperation with international supply chain businesses such as importers, carriers, consolidators, licensed customs brokers, and manufacturers. At CBP’s CTPAT Conference held on January 8-9, 2013, CBP announced major updates to CTPAT – lucky for you, I’ve recapped the highlights for you below.

• CBP proposes to combine CBP’s ISA program with CTPAT. Additionally, if importers choose to be part of the Trusted Trader Program, they can take advantage of “joint validations” with other government agencies (OGA’s). CBP and TSA have already been performing joint validations for 9 months. Trade is concerned that OGA’s will go on fishing expeditions while validating and no guarantees have been made from CBP that OGA’s won’t. This is a major concern for some (rightfully so!).

Top conspiracy indicators to look for are:

• Anyone taking photos of entrances, fencing, hours of operation, etc..

• Anyone in financial distress

• Tug on seal to make sure it is on right

• Twist and turn seal to make sure it doesn’t unscrew.

Most Common Areas of Failed Criteria:

• There were 41 seizures representing CTPAT companies in 2012

• There are 160 underground tunnels from Mexico the U.S. or Canada to the U.S.

Suspensions and removals from January 2002-November 2012:

• 403 importers suspended due to validation issues

• Assurance that all documentation is uploaded into the portal

• Photo and video evidence of implementation may be requested

• If you DON’T contact your CBP Supply Chain Security Specialist (SCSS) when illegal activity is detected, it is a STRIKE against you

• Only for unknown visitors

• Expect changes to the portal in the summer, it’s in early prototype stages now

• SVI numbers will go away, tracking will be done using a business name and type

• The new structure will give you the ability to combine common security practices, this is beneficial if you have more than one user account

• Over 55% of goods entering the U.S. are from CTPAT certified partners

• CBP currently has 7 MRA’s in place

• MRA’s on the horizon with Taiwan, China, Israel and Mexico

• CBP is working on advancing benefits to CTPAT members

3. Apply checks and balances throughout (Anticipate that your first line of defense will fail)

If you have questions regarding submitting a CTPAT application, CTPAT validations, advancing in tier status, or any pending CTPAT program changes, feel free to contact me.