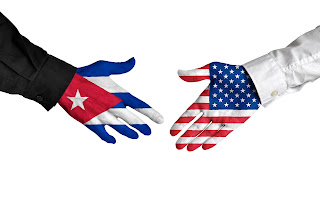 In December, 2014, we updated you on the president’s historic announcement in regards to doing business in Cuba, and in January we updated you on both the Office of Foreign Assets Control (“OFAC”) amendments to the Cuban Assets Controls Regulations (“CACR”) and the amendments to the Export Administration Regulations (“EAR”) administered by the United States Department of Commerce. As of September 21, 2015, both OFAC and the BIS have amended their regulations again, and below details the top 11 changes as a result of the new laws.
We’ll be discussing these new changes on October 8th, at our Export Compliance Seminar at the Miami Free Zone. Blog subscribers get to take advantage of the discount code! Email me at jdiaz@bplegal.com for it. You can RSVP here.
The new changes, which can be found hereand here, expand the scope of authorized business and travel by U.S. person and companies inside of Cuba. These changes were put into place to help facilitate engagement between the U.S. and Cuba.
Below we’ve providing you with a detailed summary of the top 11 changes:
I.      Travel
II. Telecommunications & Internet-based Services
III. Commercial and Financial Transactions
IV. Physical Presence and Operations in Cuba
V. Support for the Cuban People
VI. Remittances
VII. Legal Services
VIII. Gift Imports
IX. Educational Activities
X. Air Ambulances and Emergency Medical Services
XI. Humanitarian Projects